The Chaos Theory of Careers – Theories Every Careers Adviser Should Know 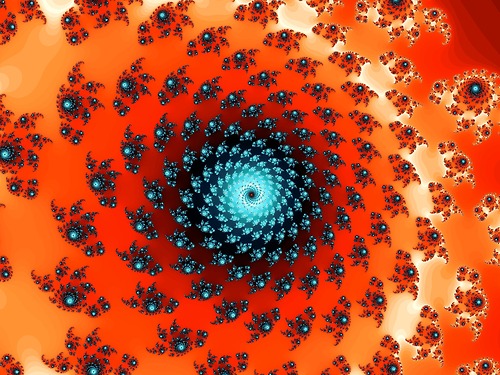 The Chaos Theory of Careers alongside Krumboltz Planned Happenstance theory represents one of the newest development in careers thinking. The theory borrows its conceptual backbone from the growing and expanding theory of Chaos. Chaos Theory has its beginnings in Mathematics and especially the work of Edward Lorenz. Lorenz observed various mathematical phenomenon where small changes in initial conditions led to widely different final results. This made these system very difficult to predict leading Lorenz to coin the term Chaos Theory.

The basic idea is that small and apparently insignificant changes can lead to big long term differences. For example the film Sliding Doors  which explores how an event as insignificant as just failing to catch a tube train can have significant long term consequences.

“The common claim [of Career Development Theory] is that a life can be encapsulated, summed up, captured in a three-letter code, or in a narrative, and that past behaviour predicts future behaviour… we would be right to be humble about our capabilities to understand the trajectory and cautious in making any long-term deterministic predictions about the future. The Chaos Theory of Careers draws attention to the limitations of our simplifications and the challenges of living uncertainly in our predictably complex world.”

To give an illustration to describe this I remember talking to friends who worked in the City of London in 2008 about Lehman Brothers going bust. They worked across the street at the time and recounted watching graduates in newly bought suits on their first day of work walking into Lehman Brothers to be told their was no company anymore and so no job. All their planning, researching, networking, applications, interviews etc. meant nothing as the company they had chosen to work for in effect disappeared overnight. The idea that they could control and plan their careers turned into a myth.

This may seem like an extreme example but Bright and Pryor challenge us to think through how often chance events have affected our careers, how often choices we made did not have the effect we wanted and how often we moved forward in our careers not by careful planning but by seizing hold of opportunities that suddenly arose.

This does not mean that things are random but instead are part of complex systems. We live in a world of cause and effect but one where these causes and effects are so multiple and interconnected that fallible humans cannot adequately understand or predict them. Both the systems of the world of work and of who we are and the networks we live in are beyond our prediction.

Pryor and Bright use the illustration of a fractal to discuss this. Fractcal are an example of a dynamic systems were a never-ending process creates a pattern that appears simple but on close examination becomes infinitely complex. This illustrates the contradiction of human existence that is filled with routine but is yet beyond prediction. Also, like the continued emergence of a fractal, our lives are not predictable but can be understood as they emerge out of a dynamic process in a complex system.

Pryor and Bright identify a range of ideas for what career development looks like from the perspective of Chaos Theory but we are going to look at just one of these here. The Luck Readiness Index (LRI). Luck readiness is defined by Pryor and Bright as “…recognizing, creating, utilizing and adapting to opportunities and outcomes occasioned by chance.” It is an index of eight attitudes described below. The aim is to describe a type of person who can deal with uncertainty and chaos.

Like David Winter I would say one of my problems with The Chaos Theory of Careers is that it is danger at times (especially with some of the discussion around fractals and attractors, which I chose not to touch on here for this reason) to take a good point about prediction and the future and make it overly complicated with some of the use of analogies and some of the wider discussion.

I also feel the big issue with The Chaos Theory of Careers is how much to adopt it. Does it map out a complete system of careers development or does it just offer one perspective that needs to be considered alongside other perspectives such as rational decision making and constructivism. I find some of the claims around Chaos Theory a bit overblown in terms of how all encompassing they are.

That said the Chaos Theory of Careers is very exciting. Like all theories it has elements of common sense “but of course…” about it while still being robust and enough and with real depth. I’ve been challenged writing this to think through how to make more use of it.

A “twitter” -brief summary of the Chaos Theory of Careers –    http://www.brightandassociates.com.au/wordpress/a-twitter-brief-summary-of-the-chaos-theory-of-careers/ –

Pryor, R., & Bright, J. (2011). The chaos theory of careers: A new perspective on working in the twenty-first century. Taylor & Francis.