Have you ever thught about your career as a resource? I hadn’t explicitly before I read Kerr Inkson. Inkson asks “Is your career a resource? If so, whose? This metaphor focuses on the potential of the career, in combination with other resources, to create wealth.” On a personal level this looks at giving your time and your skills to an employer in order to receive a wage.The main idea here is of resources being invested for profit. 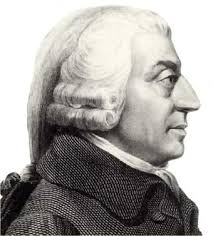 There are obvious links between resources and capital and so with Capitalism. Especially in how we have been talking about resources we can see how they are focused on the idea of investing for profit. James Fulcher defines Capitalism as “…the investment of money in order to make a profit.” Therefore since in a capitalist system employers invest money while employees do not (they invest time, effort, skills, knowledge etc.) they are in different positions in this system. As Fulcher points out “Capitalist production is based on wage labour. A clear line of division and conflict emerges between the owners of capital…and those who sell their labour in exchange for wages… Just as a capitalist will invest money in any activity that brings a profit, a worker can find employment in any activity that pays a wage.” In this simple model of Capitalism, outlined by Fulcher, the two positions of capitalist and labourer are in some way set against each other. They each have a different end but also are pulled in towards each other by mutual benefit. Put simply they each have something the other wants and so they need each other without being disposed towards each other. This links in with Adam Smith’s idea of the invisible hand as outlined in his classic piece The Wealth of Nations. Smith claims that as individuals seek their own good they are led by an invisible hand to support the good of others. In this view the relationship between worker and employer is good as they both can benefit from the others desire for profit.

A Marxist response to Capitalism points out that this system exploits the worker. Rather than empowering the worker to seek their own good a Capitalist system points out how the worker is alienated from their work. This is Marx’s theory of estrangement or alienation which he set out in his piece Economic and Philosophic Manuscripts of 1844 (sometimes also called The Paris Manuscript). In it Marx discusses four ways in which Capitalism alienates the worker from their work;

Marx points out that as a worker becomes a resource for someone else the worker gives various things up. The main thing they give up is their work. Yes they receive a wage (though Marx would also argue it is not a fair wage) but as shown above their are other profound consequences to giving up control of our work to someone else.

Both Adams and Marx were looking at the big economic and political picture of society. But as a careers advisor I am interested in helping the individual. So what good does this discussion have for the individual? What questions does it raise? In a sense Adams and Marx look at opposite ends of an equation. Adams focuses on the financial benefit of being able to sell the resources we have. Marx on the other hand looks at the cost of giving these up. When we look at our resources how do we feel about this? Do we feel OK about what we loose in order to gain a wage or do we think its too dear a price to pay?
This raises issues around how we see work ourselves and how we may want to think about managing our careers. If we find ourselves more on the Adams side of the equation we will probably focus on developing our resources and better marketing them. Gaining skills, experiences, qualifications, knowledge etc. are all potential ways to increase the resource that we are which will in turn make us more attractive and valuable (or costly) to employ. If we find ourselves siding with Marx on the personal level we may aim to limit the effects of alienation. We will look to create work that allows us to limit what Marx describes (e.g. having more of a sense of producing something, having more autonomy over our actual actions, working in a less competitive more collaborative environment).
The big thing that has struck me from writing this blog is noticing what the consequences are of investing our resources. This is created a new perspective for me on what I want work to be.